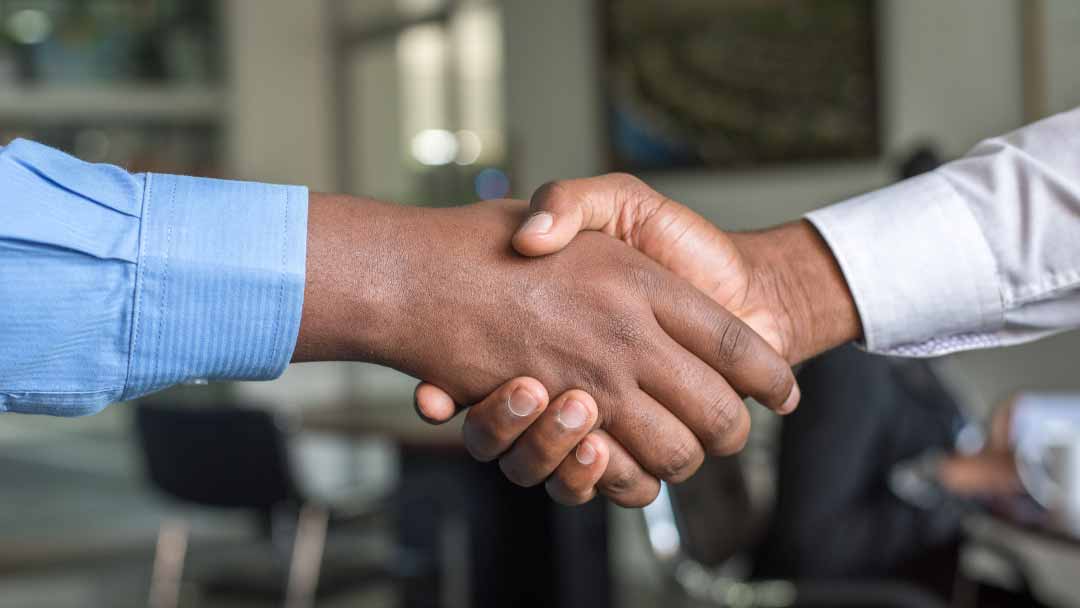 Somehow along the evolutionary path of business and commerce, it appears we have lost our way.  As we became increasingly enamored with the efficiency that a mechanistic and impersonal focus could bring us (a la Taylorism), we concentrated on using the “hands” of employees at the neglect of employing their hearts and minds. We created “command and control” hierarchical organizations with autocratic leadership (if it worked for the military, it would work for business) and an emphasis on functional competency and silos.  In the process, we lost sight of our human need for connection and interaction, and we minimized the importance of productive and meaningful relationships. We seemed to agree with the words of Don Corleone in the movie, The Godfather, “It’s not personal: it’s business.”  But alas!

The Pendulum is Swinging Back Again!

In our fast and ever changing global economies, organizational agility and responsiveness are required. We find that the old attitude about separating business from personal issues no longer serves us well. Further, many organizations now accept that the “command and control” approach, with its structural rigidity, no longer best suits us either.  In fact, there is increasing belief that becoming more personal in the workplace might actually work to the advantage of organizations.  One need only do a brief search of websites to discover a significant body of knowledge — books, articles, blogs — on such business topics as trust, interpersonal relationships, engagement, coaching, mentoring, and value-based leadership. It is becoming increasingly evident that now, more than ever, relationships, and the quality of relationships in the workplace, do matter. In fact, Mike Morrison, VP and Dean of Toyota University in a recent interview went so far as to boldly say, “My message to leaders is actually quite simple:  It’s the relationship….stupid”

Far be it from me to call any leaders “stupid,” even to make a point, but Morrison offers a convincing perspective on relationships:

Human capital is useless without relationships — particularly in our fast-paced, global economy. In fact, leaders can be best measured by their ability to create “social capital” — the sum total of all their relationships. It is through this network of relationships that their work is conducted.   Morrison further states, “As leaders, we need to be relentless relationship builders and be 100 times more deliberate about the “relating” to people.”

Work is much more relational than it was twenty years ago. We get work done through others. Before that, you could have narrow, clearly defined jobs. They don’t exist anymore. (Today) we get work done through others. Boundaries are real fuzzy. It takes better relationships, takes more emotional intelligence.  We’ve lost or haven’t developed our capacity to relate to each other. Organizations are still way too siloed. Organizations have evolved to survive not flourish. At Toyota I have been actively translating the science and findings (of Positive Psychology) and applying or embedding them in our actual learning programs.

“Increasingly, command and control is being replaced by or intermixed with all kinds of relationships: alliances, joint ventures, minority participations, partnerships, know-how, and marketing agreements — all relationships in which no one controls and no one commands. These relationships have to be based on a common understanding of objectives, policies, and strategies; on teamwork; and on persuasion — or they do not work at all”.

Lest you be tempted to dismiss this new emphasis on relationships as “soft stuff” or only for those without adequate business acumen, it has been well-documented that the cost of poor relationships in the workplace is significant and in contrast, improving relationships improves the bottom line.

Morrison, discussing the impact that relationships have on business results, says,

We achieve results primarily through relationships. Relationships are truly the most effective pathway to the highest levels of commitment, creativity, and performance within organizations. The reason is that positive relationships have a transformational impact on the individual. They draw out the best in each of us.

And why would an organization not want to draw out “the best in each of us?” Clearly, our current economic environment requires a flexible and agile approach, best thinking and the skills, talents and perspective of everyone!  It simply makes good business sense, and there is significant evidence that improving relationships (synonymous with trust) within an organization improves the bottom line.

Stephen M.R. Covey explains the cost of lack of trust and the very real benefits of trust (Trust Taxes and Dividends) in his book, The Speed of Trust.  Quoted in that book, Professor John Whitney, Columbia Business School, says, “Mistrust doubles the cost of doing business.”

A Watson Wyatt World Wide Study found a relationship between trust and profitability. Where employees trusted executives, companies posted returns 42% higher than those where distrust was the norm.  In another study, they found that of the 7,500 employees surveyed, only half trusted their senior managers. So imagine the impact of improving the relationships with the ‘other half’?

Another study on trust in the workplace was conducted by Leadership IQ and it revealed some significant findings.  Using a database of 7,209 executives, managers and employees, the study showed:  44% of participants ranged from not trusting to strongly distrusting their top management. Middle management fared a bit better, as the study discovered that people were more trusting of their direct boss than top management. This study also revealed that trust significantly predicts employee loyalty and their desire whether to stay or go from the organization.  Having employees “go” is costly and especially so at the managerial and executive level.

As cited in the Orange County Business Journal, March 13-19, 2006, the cost of losing one executive who underperforms or one who chooses to join another executive team is an average of $1.5 million per executive hire.  Calculated another way, the cost can reach 400% of the yearly salary of a high level employee.

In addition to the obvious and direct costs of attrition (recruitment, severance, training, etc.), there are other costs associated with dissatisfied employees at any level.  There is the pervasive, though often not measured, cost of wasted time and lowered productivity.  The unproductive time spent in unresolved conflicts, complaining about management and co-workers, lack of engagement and not putting forth best efforts all add up to significant costs,  It follows that reducing wasted time, like reducing other forms of waste, contributes to improved profitability.

Teams — Where Relationships Are Played!

Yet, it is interesting that although the value of teams is readily accepted, it is rare to find teams in most organizations that have truly reached their potential.   In team language, this means they have yet to reach a level of high performance.  We certainly do not lack for a body of knowledge on creating effective teams and eventually moving teams to high performance.  The literature on teams is filled with prescriptions for what ails teams and research even goes as far back as the 1920’s when the Hawthorne experiments spelled out the critical conditions for developing effective teams. So what is missing?

The R Factor (the strength of relationships)

What is missing is the realization that creating high performing teams, is not just about implementing the basics of teamwork and team structures. Going from an effective team to high performing requires a whole new set of skills, practice, commitment, and most importantly, in the words again of Mike Morrison, “It’s the relationship!”  Teams seeking to become high performing must have at their very core strong relationships.  And how do you measure the strength of a team’s relationships?   The R Factor Assessment is a tool for determining the relationship strength of a team and serves as a baseline measure for understanding whether a team is:

1) Not Really a Team

This assessment tool is based on four primary constructs or characteristics of High Performing Teams:

Improving the R FactorTM Within Teams

How to increase the R Factor™ (strengthened relationships) for a team and thereby improve their results?   As expected, it doesn’t happen by wishing, hoping or accident.   A concerted, focused effort needs to take place and as is most often the case with any change or improvement initiative, it needs to happen at the top.  It is an obvious requirement that the Senior Executive Team “walks the talk” of high performing teams.   It is not enough to accept a “do as we say, not as we do” attitude.  And not modeling high performing team characteristics (behaviors) at the executive level is a sure path to mediocre team results throughout the organization.

Yet, in spite of the inherent challenges for executives to truly create high performing teams, it is a challenge worth overcoming.  This need is particularly strong, not only because of the clear advantages of a high performing team anywhere in an organization,  but also because of the need to model such behavior at the executive level.   When any value is proclaimed by an organization (in this case teamwork,) the first and constant litmus test of the value must be evidence the value is demonstrated at the top levels.

The guidance provided in any book is, of course, only as useful as the resources and skills available to specifically adapt and apply the learnings to a particular organization.

Colorado Institute for Excellence has provided team building resources and services for over 35 years.  Our newest offering is The R Factor™ Workshop, a session directed at senior management teams who realize that strengthening the relationships within their own team is a key strategy for strengthening relationships within the entire organization.   And it is ultimately a strategy to improve the bottom line.